Why I will not be joining the Spirit Airlines fan club

This past weekend I was supposed to travel via airplane to Dallas on Spirit Airlines out of the Houston Intercontinental Airport.  Yeah, so that didn't happen.

My plane was scheduled to leave at 7:50 pm on Friday so I got to the airport in plenty of time to check in and get through security.  I parked my car and rode the shuttle over to the terminal to get checked in at about 6 pm.  As I was standing in line a Spirit Airlines employee came over to the line and asked us where we were headed.  We all said Dallas (some had connecting flights) and he then said that our flight had been delayed until at least 11:45 pm, at that time they would re-evaulate to see what they would do after that.

At this point I was thinking of just waiting around in the terminal because I honestly did not want to drive (luckily it's only about 4 hours).  The woman behind me wanted to talk to a manager so the rest of us in line followed her over to that line.  We all decided that if we speak as a group to the manager it might help us more. 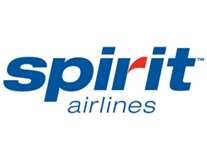 A manager named Sean came to the counter and asked how he could help.  We just wanted to know what was going to happen at 11:45 pm and where was our plane.  He didn't know what happened to the plane and he said that the plane from Chicago was set to be arriving at 11:45 pm (earlier they said we were leaving at 11:45 pm), so we would be leaving around 12:30 or 1 pm.  He couldn't for sure say what would happen at 11:45, but as of right then the 'plan' was to leave around 12:30.  I asked what would happen at 11:45 if the plane wasn't ready or the flight crew couldn't fly, he said they would cancel it then.  He also said that they do not give meal vouchers, they don't book at other airlines, and they don't pay for hotels.  Everyone in line got P.O.'ed at this point and started speaking at once.

Sean, the customer service manager then said "I have a lot of paperwork to do, and you are all taking this way to personal.  Is there anything else?"  Really? He really could have cared less about our cancelled flight and apparently we were taking up way to much of his time.

Sean gave us a few more minutes of his precious time and said we have four options (I don't remember what the fourth one was, so you only get three). 1.  Wait until 12:45 am and see what happens.  2.  Get a refund.  3.  Get a credit 4.  (I don't remember the fourth!).  Spirit Airlines does not offer any other option and basically you are screwed over.  Some people checked online for the flight status before they left home (I didn't) and it had said everything still fine so they went ahead and came to the airport.  Obviously Spirit Airlines does not update their flight status on their website very often.

I didn't want to wait until midnight to see what was going to happen with my plane, if I left then and drove to Dallas I could be there by midnight.  I checked other flights and they were all $180 plus fees (I got my Spirit ticket for $60-same cost as gas so it would have been worth it) so I could't go that route, plus all flights to Dallas were already gone for the day at all airlines.

Finally I just decided to stand in line and got my refund, it was about 8 pm when I got out of there (2 hours in total).  Other people in line were not so lucky.  There was a guy in line behind me that was in Houston for a job interview, but lived in Phoenix, that was stuck in Houston until the next night at 11 pm.  Spirit Airlines does not pay for hotels so this guy was stuck paying out of pocket for the hotel costs.  He hadn't paid for his ticket (his potential job did) so he couldn't get a refund for the ticket.  The people in front of me were on their way to Phoenix via a connecting flight in Dallas but had to cancel their trip because of their flight.  They had already paid for their hotel and rental car in Phoenix and could not get a refund (Spirit Airlines did not care-Sean said "sorry, we don't have a policy to pay for that").  They did get a refund on their credit card for a portion, but since it was booked through Spirit Travel they would have to call and speak with another group of people (who don't speak English very well) and try and get a refund.

All in all I came out even with gas and stuff when I drove my own car. I WILL NOT fly Spirit Airlines again and I learned the age old lesson of "You get what you pay for".  Spirit Airlines might have cheap flights, but if you don't get to actually go on those cheap flights, it won't matter and you will be stuck with the headache of making alternate plans.  Thank goodness that Dallas was close enough for me to drive, I wouldn't have wanted to miss the wedidng because a major corporation doesn't have their act together.

Posted by Stephanie at Wednesday, November 14, 2012