My sister and I went out on Thursday night to go Black Friday shopping and had so much fun!  We left her house at 7 pm and headed to Toys-R-Us.  My sister originally had planned to stand in line at Target to get a t.v. while I stood in line at Toys-R-Us for some sort of toy goodie bag, but they already bought a t.v. online so she didn't need to stand in line there.  Earlier this year my sisters house was struck by lightening and it fried all of their t.v.'s so they needed a replacement.  They had already gotten one for another room, but this one was for the living room.

We went to the Woodlands to go shopping and stood in line at Toys-R-Us.  This shopping center had five major stores in the strip, Toys-R-Us, Academy, Marshall's, Golf Galaxy, and Target (in that order).  The line for Toys-R-Us started at the front door and ended down by Target.  That is a LONG way but luckily we were right past the end of Toys-R-Us.  The first 200 people in line got a free goodie bag of random toys and candy.  There was a lady about 4 people back that was only in line for the goodie bag (she had her daughter with her) so she went up to the front of the line to count how many people were ahead of us.  Laura and I ended up being the 205th to 210th person in line so we didn't think we would get a goodie bag.  It didn't matter though because she wanted some cups for the boys and she heard that Toys-R-Us was price matching for Black Friday other competitors ads.  Apparently they weren't though because we when we waited in line and got to the front the checkout girl said that they weren't price matching so we just left the store.  We got our free goodie bag though! 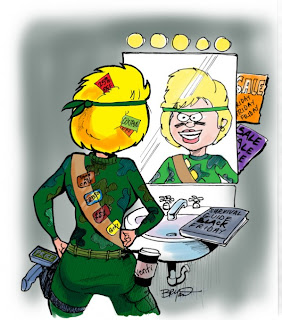 (source)
After Toys-R-Us we headed to Target a few store down and got in line.  Target was already open but the line was still long and we had to wait for a few minutes in line to get in.  Target was packed, but it wasn't crazy like Wal-Mart was.  I think the certified crazies all go to Wal-Mart.  I got about 5 $4 movies at Target but I couldn't find the $1 movies that were advertised.  I asked several times but they said that they couldn't find them and apparently they weren't shipped any $1 DVD's.  While I was shopping my sister stood in line so we wouldn't be there all night.  She followed the directions of one of the Target employees but ended up being in a line to no where, then she found another line and sent me a text of a flamingo lawn ornament that lights up.  When I got her text I thought she might be in another wrong line and I was right.  When I found her she was in the electronics line and had been standing there for awhile. haha.  Poor thing.  I wasn't sure when I got her text that she was in the wrong spot so I didn't say anything but I should have.   We finally got in line at the correct line and checked out.  At Target I got some chapstick (needed some!), 5 DVD's, a Madden 13 game for Hunter, and 5 chocolate Candy Land games for this party I am going to in December (I might take those back though). 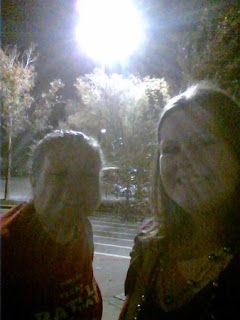 After Target we went to Kohl's for the bulk of our shopping.  The Kohl's line started at the far set of doors, wrapped around to the side of Kohl's, and back up to the front in a snake like pattern.  We were about halfway down the side of the store waiting in line.  We got hungry while in line and Laura went to get us What-A-Burger. I really wanted Starbucks but there weren't any that were open that late (it was midnight)  There were several things that we needed from the store and we got in rather quickly once they started to let people go inside. We headed straight to the home goods section and got some blankets that were $8 each.  We stood in line for literally an hour and a half.  Yes, you heard me correctly...the wait to checkout was an hour and a half long.  Crazy! I wanted to look at the boots and a few more things, but I didn't get a chance too.  At Kohl's I got a heated blanket (gift), a throw (work gift), and a set of steak knives (gift).  I also ended up getting $15 in Kohl's cash!  Whoo hoo!  Laura got several blankets and maybe something else, I don't remember what though.

We stopped at McDonald's to get me a Latte (yuck btw!) since Starbucks was close and then headed to the mall to go to Macy's.  We didn't find anything at Macy's so we did go out in the mall to the other smaller stores.  None of the other big stores were open in the mall but stores like Hollister, Abercrombie, Claire's, etc were open.  Apparently the Sears in the Woodlands Mall is closing so they weren't open at midnight like their ad said they would be.  We went to Victoria's Secret and I got a few things while in there. <---That deserves it's own post!  Maybe tomorrow :) 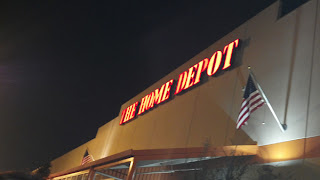 The last stop we made (at 5 am) was Home Depot for a Christmas tree.  Oh my goodness, I have such a respect for Home Depot and how they treat their customers.  When we got in line all of the staff were smiling and talking with us.  I didn't see any sour attitudes, unlike many of the other stores we went to for the day.  While we were waiting in line they were handing out free donuts and drinks to us.  I didn't end up having a donut (#MarathonTraining), but I did have some orange juice.  The line for Home Depot was non existent, and we were in and out in 10 minutes.  Thank you Home Depot for making our shopping experience great!  You can tell how well a company treats their employees by how the employees treats their customers.  Wal-Mart could learn a thing or two from Home Depot. 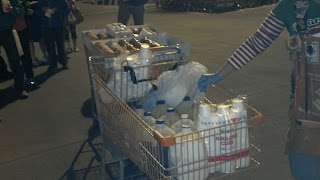 We had a blast this Black Friday!  I can't wait to do it again next year!!!!!!  I didn't see any fights break out this year, maybe one day I will see one. :)

How was your Black Friday?  Did you see any fights break out?
Posted by Stephanie at Saturday, November 24, 2012