God Cheered Me Up With Diamonds

Last Saturday, 10/18, God cheered me up with diamonds!  Let me explain… 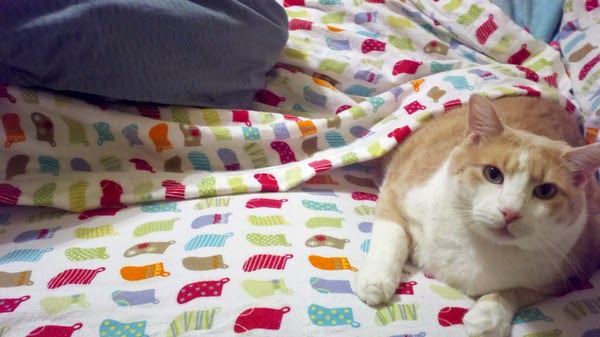 I am planning on moving out of my apartment towards the end of November and I also needed to donate Jabba’s stuff.  One, because I cannot  bear to look at all his stuff anymore and two, because another animal needs stuff, three, my heart isn’t healed enough to get another animal any time soon.  I have been gathering his stuff in a big pile so I could donate it to the local shelter, Citizens for Animal Protection.  I didn’t get Jabba at this shelter, I got him at the Pearland shelter, but this one is local and a nonprofit (Pearland is a government ran pound).  I am not sure if they are going to use his food for the animals, or if they are going to sell it at their pet shop, but it all goes to the animals!

My kid had collected quite a bit of stuff in the 3.5 years of his life with me.  I didn’t realize that he had so much stuff!  We had to bring all of it on a big cart since it was so much.   Some of it was:  ½ box unused litter, a case of wet food (metabolism food from Jabba’s diet), dry food, unused litter box, toys, grooming brush, catnip Treats, litter scooper and hand held litter broom, plus more that I can’t remember right this second.

Anyway, as I was putting it all in the pile I was crying because I miss him so much!  I had to make two trips to my car because it was too much for me to carry.  On the way back to my apartment I looked down at the ground and saw a diamond ring on the ground.  Yes, a diamond ring!!!!  I need to get it appraised, but everyone I have shown it to says it’s real.  I would post a picture, but I need the owner to describe it if they call and I don’t want a phony call!

I called my apartment complex and let them know that I had found a ring.  They told me that I could drop it off and I said no way!  I was not about to drop off a diamond ring somewhere and hope that it finds the right owner, so I told them to have the person call me if they ask about it.  Of course they will have to describe it, but I will give it back if it is theirs.  I don’t want to keep it if the owner calls me.

So, God was trying to cheer me up with diamonds that day!  What a good God he is! :)


p.s.  Citizens for Animal Protects (C.A.P.S.) is having a raffle for a new Suburu.  Go here to enter the raffle!
Posted by Stephanie at Monday, October 27, 2014 No comments: 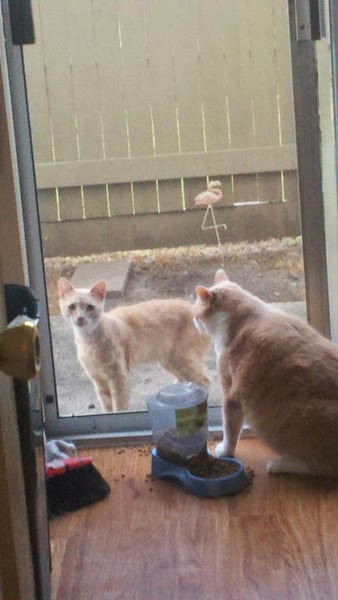 On Saturday, September 13th, 2014 my heart was broken in two when I came home to find my Jabba the Hutt had died while I was not home.  It’s been a month and I still can’t believe that he is gone.  I am not sure what happened or what time he passed, but all I know is that God needed him in Heaven more than I needed him on Earth.  (God must have needed him a whole bunch, because I am not sure what I am going to do without him).
It took me awhile to write this post because I really didn't know what to say. Do I just write funny stories about him?  Post funny pictures?  Tell you what has been going through my mind for the past few weeks?  I'm still not sure, and I might end up updating this post or writing another one soon.  I just don't want to forget him, but I want to forget this awful feeling in my heart.  Is it OK to want to get rid of all his stuff because I can't bear to look at it?  Is it OK that I want to move out of my apartment because I keep staring at the spot that I found him?  Part of me wants to move, but part of me doesn't want to let go of the things that were his.  How can I leave the last place that he was?  Will it be harder to leave this place knowing that he died here, or will it be harder staying here with these memories?
I woke up that morning planning (to Jabba as normal) on going to a funeral that morning (my sister's sister in law passed away the Monday before-we were fiends too, we went to high school together).  I had taken a shower and brought Jabba outside so he could inspect his 'kingdom' like he normally does.  I always sit on the porch or steps and make sure he doesn't go outside his boundaries, but otherwise let him roam.  That morning it was raining outside, so we both just stayed on the porch. We stayed out somewhere between 15-30 minutes that morning, sometimes we have stayed out longer than that. I cannot remember exactly what happened that morning, but I either got up to go inside for a second to put something up, or I made him come inside so I could keep getting dressed.  I can't remember what happened and it hurts my heart to think that I might have made him come inside on his last day.  It already makes me sad that he couldn't roam his territory that morning because of the rain, but if I made him come in, that would make it worse. 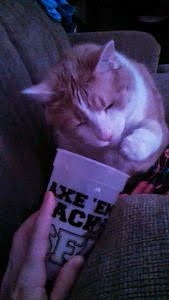 I finished getting dressed and gave him treats.  I told him bye and walked out the door, never to see him alive again.  I went to the funeral and to my grandparents afterward.  I stayed at my grandparents for a while and left around 7:30 or 8.  On the way home, it was weird. Something in my mind kept telling me over and over that I needed to be prepared if something were to happen to him and what I would do.  I kept telling myself (or the voice in my head) that nothing was wrong with him and he would be with me for a long time. 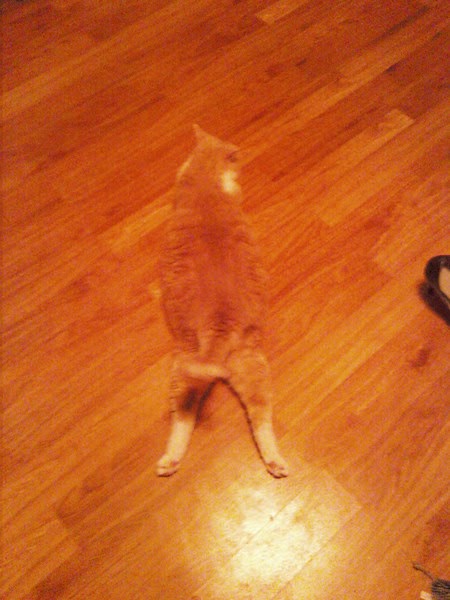 I got home and turned on the light right inside the door.  Jabba normally is either on the couch or somewhere in my room and he comes running around the corner to greet me.  I put my purse down and called him, thinking it was weird that I hadn’t heard him. I looked up and saw him on the floor by the couch and I called his name, but he didn’t move.  I ran over to him and shook him, but I knew that he was gone.  I started crying and called my mom hysterically.  She kept trying to calm me down and told me to get out of the house, but I knew I couldn’t drive like that.  I was hyperventilating and sobbing uncontrollably.  My mom suggested I find a neighbor to help, so I did.  I have a few neighbors that knew Jabba and they came over to help move him.  My family kept calling, but I did not want to talk to anyone.  My sister called and said they were going to pick me up and I could stay at their house for a while if I wanted to and I could bury him at their house. 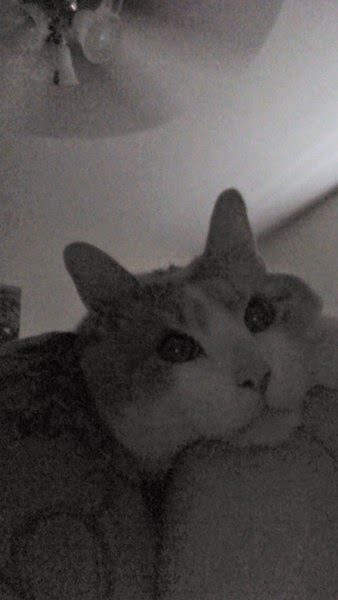 Jabba was my world.  I loved him so much and in an instant he was gone.  Jesus either needed him in Heaven more than I needed him on Earth, or he has something in mind for me that I couldn’t have Jabba for.   I never knew who Jabba’s old owner was (he was a rescue from the pound and was an owner turnover), but I believe he was an older man.  Hopefully Jabba saw him when he got up to Heaven (not like I would want someone dead, but I think the old owner had died/went into a senior citizens home and they gave him up). 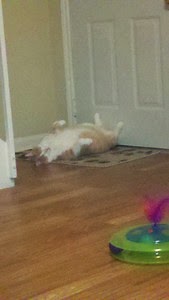 We buried him in my sisters (big) back yard by a tree.  I had wrapped him in a flamingo beach towel and added his favorite toy (mousey).  I also wrote him a letter and added it to his (cardboard) coffin that my brother-in-law made.  I ordered a headstone on Etsy to put where he is buried.  Hunter and Cole both wanted to put flowers on Jabba’s grave, so we went back there and added them to it.  Cole didn’t quite understand why we were doing that and Cole kept saying “Why you’s crying?” and “Where’s Jabba?”  He’s only 3 and the concept of death isn’t something he quite grasps. 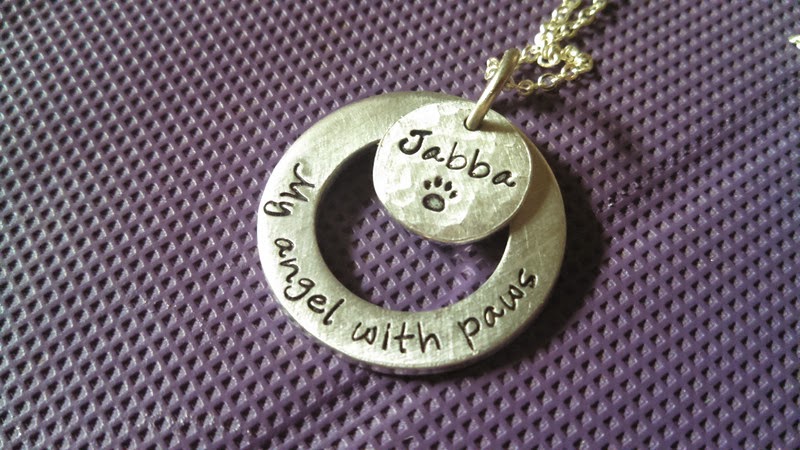 My friend Krista gave me a sweet necklace to remember him by.   It says ‘Jabba’ on one circle and ‘My angel with paws’ on the outer circle. I love it and try to wear it every day. I take it off when I take a shower and when I work out so it won’t get broken.  I am also planning on making a photo book of all his pictures that I have taken of him for the last 3.5 years.  My sister is better at making photo books, so I am sure I will recruit her to help me. 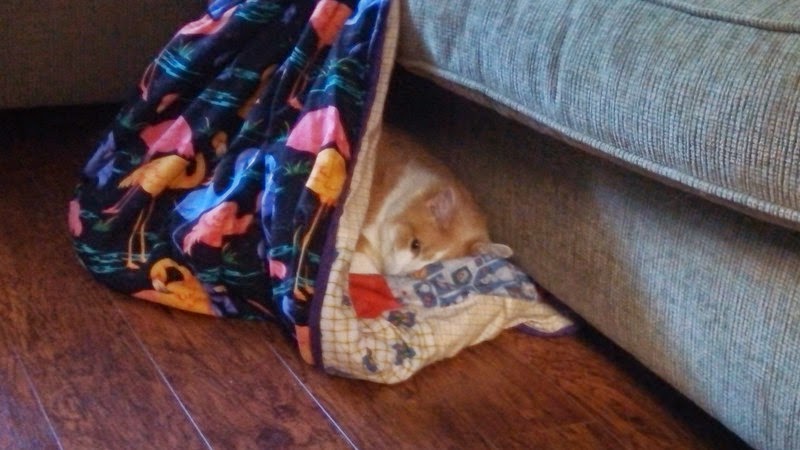 So, now it’s all about creating ‘new normals’.   I can sleep in past 5:11 am everyday and no one will be stepping on me and purring by my head to make sure he gets to eat.  I don’t have to worry about kicking him at the foot of the bed and I can eat a can of tuna without having him beg at my feet.  I can stay at friends and families houses without worrying about how he is doing or if I need to call a pet sitter to come and feed him.  Or when I had to go outside with him when it was hot outside or cold outside and he wanted to inspect his kingdom. 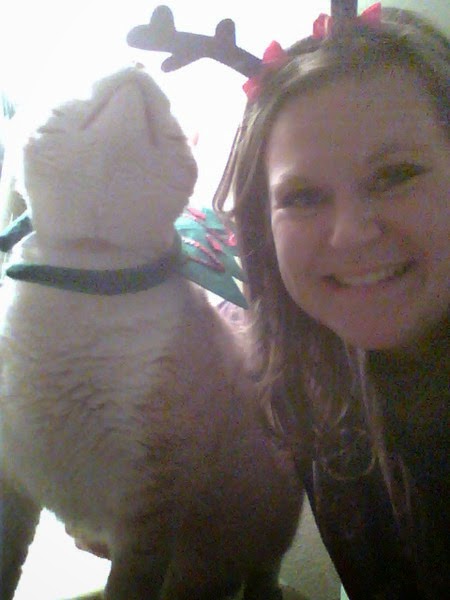 But honestly, I would gladly live through all of those ‘quirks’ about him that I used to find annoyingly cute.  I miss him so much and I want him back.  God has him now and I need to accept that.  It makes it easier knowing that he is up in Heaven,  but not so easy when I need a cuddle buddy or someone to talk to.  Jabba was always there no matter what happened in my life. 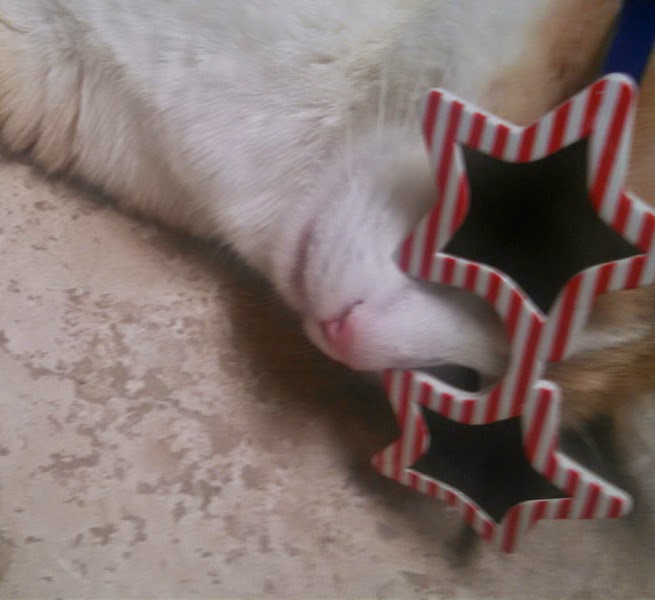 I know that I will never find another pet like Jabba (chill with a hint of brattyness).  I am going to take a loooooong time to let my heart open back up to an animal.  I know I should adopt another one to save the rescue population, but my heart just isn’t up for it yet.  I don’t want another animal until I can share the pain with someone, but doing this on my own is really hard.  I have fallen in a deeper depression this month than I think I have been in a long time.  I am trying to claw my way out of it by keeping busy and exercising, but depression is no joke.


It has been a long 1.5 years and I am ready for things to calm down and for me to stopped being so stressed and heart broken.  Every day is a challenge and I am trying to get back on my feet.  I normally don’t post stuff about what I am going through on the blog, but I am just trying to keep it real.