Today is the Day

This morning, in honor of Election Day, I watched Iron Jawed Angels while I was getting dressed.  Today is the day where we decide who will be running our great country for the next four years. 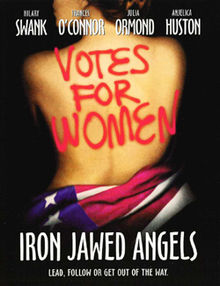 As I was watching I reminded how much the USA has changed over the past 90 years and how far we have come as women.  If you have never seen the movie, it is about two groups of women who were standing up to Congress and the White House to let women vote.  Back in the early 1900's women were not allowed to vote so they had to rely on their husbands to vote in elections, which sometimes they did not see eye to eye.  In the movie Alice Paul (Hilary Swank's character) said it best:  "We're legitimate citizens. We're taxed without representation. We're not allowed to serve on juries so we're not tried by our peers. It's unconscionable, not to mention unconstitutional. We don't make the laws but we have to obey them like children."  The National Women's Suffrage Association and the National Women's Party worked tirelessly for years to bring the Amendement to vote. Finally, after many, many, many years of struggle, in 1920 the 19th Amendment was passed allowing the women of the USA to vote. (The story is much more interesting in the movie, and it cannot be sum it up here but you should really watch the movie-it is amazing!)

So, all you women out there should absolutely GO VOTE today.  Susan B. Anthony, Alice Paul, Lucy Burns, Carrie Catt, Elizabeth Cady Stanton, and countless other women worked hard so we has women could have a voice in our own country.  Don't waste their efforts. 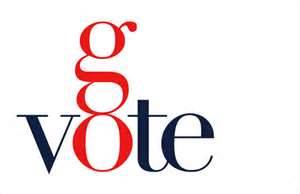 If you know me, I am not a womens liberator, but I will speak up when needed.  We have the power to change the country with our votes, we are half the population for goodness sakes!  Please GO VOTE today!! If you haven't registered to vote this year (it's too late), make sure you register for next year.


P.S.  Speaking of the 'Go Women' movement, have you heard that your uterus will fallout if you run a marathon?  hahahahaha.  Apparently back in the day women were not allowed to run in marathons because it was feared that their uterus' would fall out. Thank you to Katherine Switzer for proving that theory wrong, otherwise I might not to be able to run my marathon in January.  Boo-yah Boston Marathon. :)
.
Posted by Stephanie at Tuesday, November 06, 2012

Email ThisBlogThis!Share to TwitterShare to FacebookShare to Pinterest
Labels: election