And the winner is

And the winner is
Today was the judging for our Christmas Door Decorating Contest and also our pizza party.  There were 14 doors that were up for awards, but only three could win.  Who won?  Well, let’s review the doors first shall we?

You have seen the Accounting and IT doors (the ones I made for the departments I support) that I posted a few weeks ago.

This is the door that our Missing Frosty door was based on as a reply.  Santa in a Hottub from HR 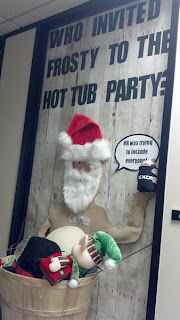 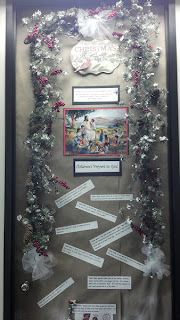 Nat Gas’s door was an interchangeable outfit door where you can change the outfits on the snowmen that said 'What are you wearing to the Christmas party?' 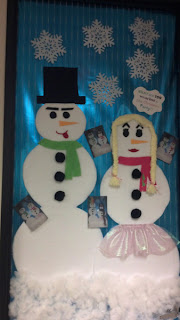 Liquids door was a “Redneck Blending” door with shotgun shell and camo koozie decorations.  Each day they added more and more to the door until it was completed yesterday. 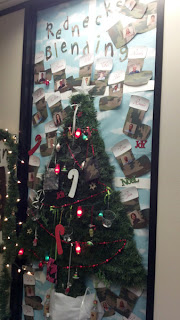 Then to bribe the judges they gave out pretzels and cocktails!  Actually they were 'mocktails' with orange juice and sparkling cider.  They also had music playing and blinkie glasses. 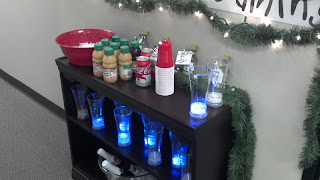 The owners door was a Christmas tree theme 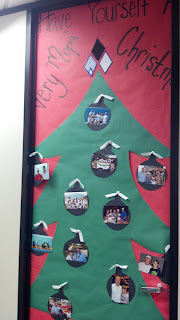 Finance’s door was a money theme and also they had a Cat in the Hat theme. 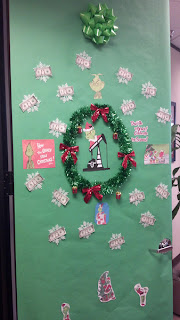 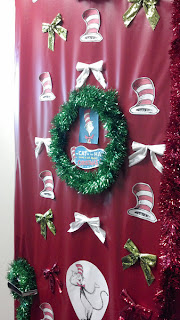 The next two were two other doors from HR. One with a Letters to Santa theme and the other was a countdown to Christmas theme. 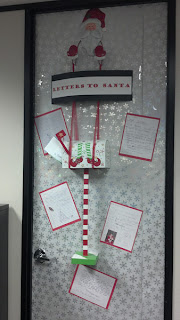 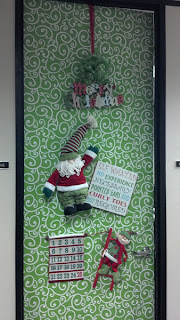 The CFO’s door was a Santa that was stuck in a chimney that had too many cookies. 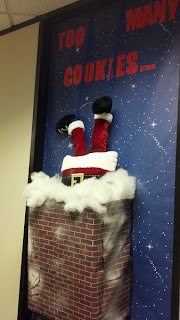 The last door from Contracts was an ‘experienced lotto winners’ door.   The Contracts department was selling Texas Lottery scratch off tickets for $2 (instead of $1) and all the proceeds went to charity.  I think all in all they raised over $220. 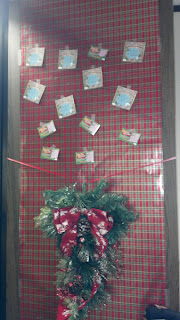 Which door did you like best?  I love our two doors myself. :)  See Rudolph and Missing Frosty doors.

The winners were announced via a pizza party upstairs in the conference room.  Yummy pizza and prizes!! 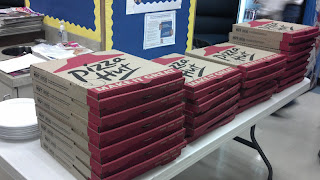 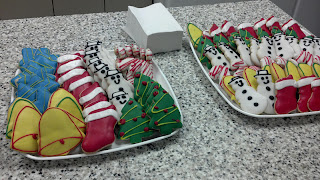 We were the runner up to the most creative but we still got a prize.  The Christmas Spirit award went to CPI with their Children’s Letters to God door.  The People’s Choice went to Liquids by two votes.  Several people in our department did not know they could vote for the Frosty door since it wasn’t our ‘official’ door, so they voted for the Rudolph door.  At least three people voted for Rudolph and if they hadn’t, we would have won the People's Choice. :/  Oh well, at least we won something!!  I think it's pretty good for my first year here! 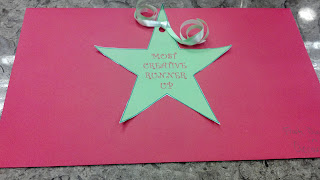 Tomorrow night is the Christmas party at a local country club!  Fingers crossed that I win something. ;)
Posted by Stephanie at Friday, December 07, 2012