What I've Been Up To


I know my blog has been all about Kenya lately…but I promise I have been doing other things since I have been home.

Normally I would post all of these in their own separate blog posts, but I am really busy right now and it is taking way to long for me to wrap up all the things I want to say about Kenya.  If I was to do that, it wouldn’t be until the end of May when I would tell you about all this stuff.  Please be patient with me, I am typing and writing stuff as fast as I can in between all of the other stuff I have going on right now.  Plus, to tell you the truth, I have been reading a fantastic new book that is taking a lot of my spare time when I get home and I would rather read those books. LOL.  <-- That’s honesty. 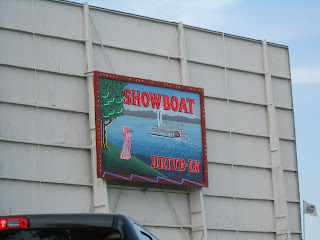 Drive-In Movie
I have always wanted to go to a drive-in movie theater and a few months ago Groupon had one for half off two tickets.  They were set to expire early this month, so I decided to take a friend with me to see Ironman 3.   My friend Leslie and her friend Theresa also came with us.  Theresa is new to Houston so we invited her along.  We heard that the theater sold out easily so we got there around 6:15 (for an 8 pm movie) and it was sold out. :/  We were able to get on that side of the fence though to watch the movie, as long as you have radio you can still here the movie (turn your car that direction).

Mother’s Day
For Mother’s Day we went to Landry’s Seafood in the Woodlands for lunch.  They didn’t have their usual menu, only a buffet, but it was wonderful!  I have never had such a good buffet, you go Landry’s!  We also go my Mom a DiamondCandle as her gift.  We burned her candle to see what ring she got out, but it wasn’t a $5,000 ring. Oh well, it was pretty!   More on Diamond Candles in another post! 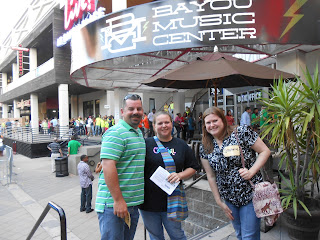 Price is Right
My sister had told me that the Price is Right was in town and that her and her husband were going to go. I was immediately jealous and wanted to go as well, but I knew I wouldn’t be able to sit with them if I bought tickets.  The day of the event (a Tuesday) she said there were still tickets available and that I should buy one.  Of course I did!  We went to the Hard Rock Cafe that is next door to the theater (btw, when did the name get changed from the Verizon Wireless theater?  How did I miss that?!) and had dinner before the show.  The show itself was really fun and the host was hilarious, but unfortunately none of us got picked to be the contestants. :/  It was a fun night and I am glad I got to hang out with the Laura and Beau. 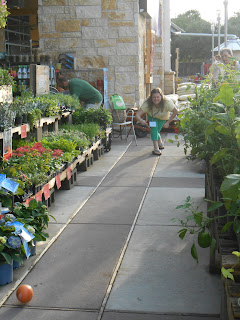 Houston Social Source Whole Foods Singles Event
I just joined Meetup.com (it’s free!) and saw that there was a single’s event happening on a Friday night at Whole Foods off Montrose.  I posted it to FB and my friend Lily said that she wanted to go also.  We met at Whole Foods around 6 pm and got our nametags, goodie bags, drink tickets, and free food.  We added our name to a few drawings and I won a free spray tanning session.  Now, I have gotten a spray tan before, but I wasn’t a fan.  I am not sure I am going to use it or not, we will see.  There was an 80’s cover band playing too that were pretty good.  No cute single guys though. :/  We did play several games that were fun, including Whole Foods Scavenger Hunt and Grapefruit bowling in the parking lot.  At the end of the night there was also a bachelor/bachelorette game that was fun to watch.

Planning a 5K
When I as in Kenya I was thinking about what I would fundraise for and I decided I wanted to fundraise to help them build a school.  I am in the middle of planning a 5K fundraiser set for sometime in February.  More details to come!

Farmers Market
Most of you know that I am not very good at cooking, but I decided that I need to eat better than I have been lately.  My friend Leslie told me about a really big farmers market off of Richmond and Eastside in the Upper Kirby area.  I decided to check it out and buy some good veggies while there.  I had just gone shopping at Trader Joe’s the weekend before (love that place) so I didn’t need too much stuff, but I still wanted to see what it was all about.  I walked around and saw so many great vendors with all of this fresh looking food.  I saw lots of veggies (maybe fruit?) that I didn’t know existed and was too afraid to buy, but maybe next week I will get the nerves to actually try.  I ended up buying lettuce, tomatoes, white carrots, purple carrots, a breakfast taco, iced coffee with goats milk, curried lentil soup in a jar, and a curry jalapeno Indian sauce in a jar.  I have been eating salad and fresh food all week.  My body is thanking me.  Hopefully I can keep this up! 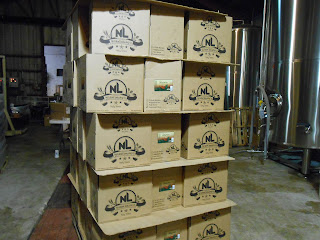 No Label Brewery Party (this was actually before I left)
No Label Brewery sponsored our TIR relay team back in March, so they invited us to come to thew brewery to see how the beer is made and also just have a fun get together.  We met the owners, tried the beers and ginger ale (I stuck with ginger ale), played giant Jenga, and took a tour of the facility.  The owners (and their precious baby) were the nicest people!

Cinco De Mayo
Cinco De Mayo was on a Sunday this year and I went for a strawberry margarita with my friend Tracie. Tracie lives in Pearland so we met halfway around Reliant Stadium at Pappasito’s Cantina.   This was before my ‘healthy’ grocery store trip though so I could gorge myself on salty chips and salsa. 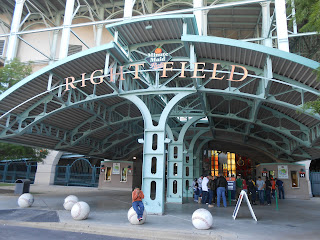 Astro’s game
The alumni association at SFA invited all of the SFA Houston alumni to an Astro’s game the Friday night after I got back from my trip.  I had a blast meeting new alumni, connecting with some old friends, and cheering on the Astro’s.  Unfortunately the Astro’s lost to the Detroit Tigers, but I got to watch fireworks at the end of the game so I was happy! :)  Plus, I got a free orange Astro’s shirt, free SFA Alumni koozi, and free SFA alumni stickers.  I was a happy camper!

Work Presentation
Part of my work paying for half of my mission trip was a stipulation that I would have to give a presentation when I got back to the entire company (about 100 people) what I did and what I learned.  I despise public speaking and was so nervous, but it sort of came naturally because I had so much to say about my trip and I wanted everyone to hear about what a fantastic place Into Abba’s Arms was and what a great service they are doing for the kids.  I showed about 20 pictures and gave away a free set of spoon/fork that had rhinos carved into the top, which were hand carved by an actual African Tribe.  Afterwards tons of people came up to me saying that they loved the presentation and my pictures.