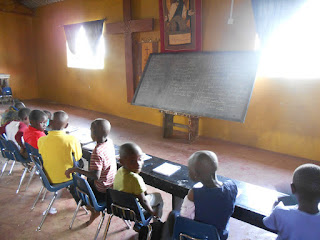 I woke up around 8:30 am, ate breakfast and did some light paperwork that day.   Some of the kids went to a tutor that was on site.  The kids are out of school all of April, but IAA hired extra tutors to help the kids advance more.  They are all about education!  I had made file folder games and brought them with me, so I gave them to the tutor who was with the younger kids.  The kids loved them!  They couldn’t really do the big math problems, but the easier math ones they did with no problem.   The kids loved learning through games and the teacher said that she had never heard of file folder games. 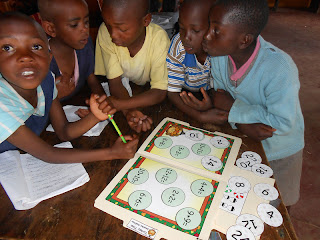 The next day was a painting day, so I helped the older girls wash their walls for the paint to stick better.  They were not enthusiastic about washing walls; it was ‘tiring’ they said.  LOL.

After lunch some of the older kids took us to a waterfall they heard of.  We had to wear boots so our shoes wouldn’t get ruined when we trampled through the muddy field to get there.  The first stop was a sort of creek that had a mini rapid and mini waterfall.  After we saw that we kept walking until we got to a bigger waterfall where the kids played in the water. 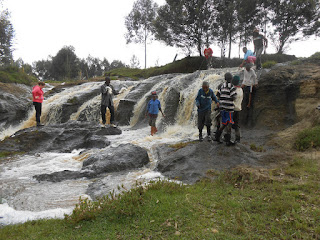 A few neighborhood kids came by to play with us, and we also met a neighbor of IAA.  He was super nice and spoke a little bit of English.  The community kids loved to take pictures and then view themselves on my camera.  I mentioned it to someone later that they loved taking pictures and they said that the kids don’t have mirrors at home and that some of them have never seen themselves before.  I guess if you can barely afford food, then a mirror would be low on the priority list. :/ 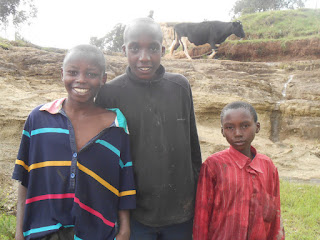 I asked the kids if they ever swam in the lake and they said no there was scorpions in the pond.  Scorpions?  I wasn’t quite sure what they were talking about, but I didn’t say anything.  Later, as we were walking back to IAA, we saw one dead in the muddy field.  It wasn’t a scorpion though, it was a crawfish.  I guess they have only ever seen them in pictures because a scorpion and crawfish and way different in size (I’m sure some varieties are bigger) and the tales go opposite directions, but basically if they were to just see a picture they would do look similar.  They could not believe that in America we eat them!  Haha.  I thought that was a funny story to share! 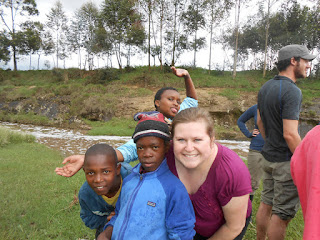 Dinner was burgers and homemade fries.  I started peeling the potatoes while Tarin cooked them, but the potato peeler did not work!  I was so sad that I would have to use a knife so I got Tarin to try to see if I was doing it wrong.  She tried it and it worked!  Now, being a lefty, I am used to being discriminated against from appliances, but I was NOT expecting a right handed only potato peeler while in Kenya!  Lefties, we need to unite for the poor souls in Kenya who are forced to use non left hand appliances! 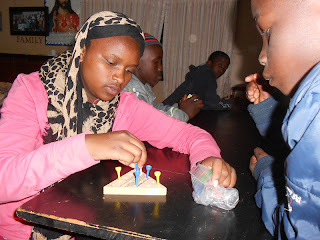 After dinner we played more games with the kids, mainly brain teaser puzzles that I had brought with m, Rubix cubes, the triangle peg game, etc.
Posted by Stephanie at Tuesday, May 14, 2013