Last night I went to the Running Alliance Sports, Texas Bridge Series Kick-off party at On the Run Clear Lake.  The event started at 6 pm and included a group run with borrowed shoes, giveaways (socks!), raffles, and more.  I got there about 5:45 pm and it was already packed. 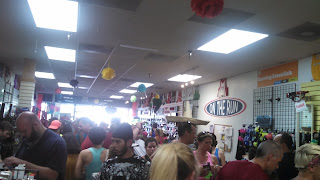 I tried on some Asaics shoes that they were letting everyone borrow for the group run, but I knew I wanted to get fitted for shoes that night with one of the staff.  There were a few vendors there including Feetures socks! 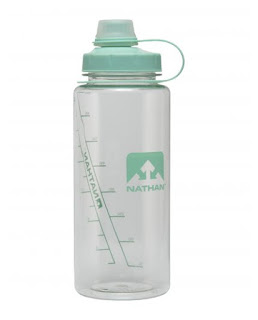 Since the place was packed, I waited until they did a group run and the majority of the people were gone before I got fitted for shoes.  When you are just starting to run, always, always, always get fitted for shoes because you can really hurt yourself without the proper shoe.  I used to just go by how cute the colors were, but I learned my lesson.  It’s free and it doesn’t take long.

They had me try on 3 pairs of shoes to see which one fit the best.  My shoe fitter (didn’t get her name!) said that you shouldn’t feel the shoe at all.   The first pair I could feel the left part on my back heel and she said those won’t work because they are too far back.  The 2nd pair weren’t wide enough so those were out too.  The third pair (I’m like Goldie Locks) I could not feel at all but I wasn’t too crazy about the color (gray) but she said they come in LIME GREEN!! 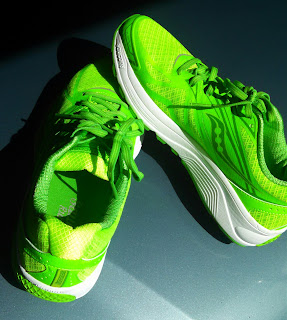 Hopefully you know me well enough to know the deep down significance of lime green in my life.

After I got my shoes I headed over to the social at Sherlock’s Pub that was happening across the street.  My aunt Laura was supposed to come with me (she’s signed up for the race too) but she ended up doing something else that night so I was on my own.  I can talk to anyone and promptly made 6 new friends to hang out with that didn’t come with anyone else either.  I tend to get a big group of singles together when I go places.  I enjoy talking and I’m not going to let the fact that I’m alone keep me from doing that! Haha.  The rest of the night was spent talking about running and trying to win raffles.  Someone else in my new friend group won a free pair of shoes from On the Run!


It was a great evening and I’m really excited about the races.  Hopefully my new kicks are just what the doctor ordered and my foot will be ok.  Wish me luck!


p.s.  If you want to sign up for the races you have until July 31st (which is THIS WEEKEND) to sign up before the price increase.  $130 for three race, four medals, and tons of race swag is an AMAZING PRICE!!  Snag it now.