Merry Christmas! How was your holiday? Mine was great! 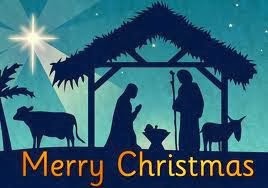 I got off work on Monday at 3 pm and went home to shop. We had Christmas Eve and Christmas Day off so I was ready to start my mini vacation. I woke up on Tuesday morning to do some shopping and go to the post office. I thought the post office would be super busy, but it really wasn’t too bad.
Antlers and ugly holiday sweaters make Christmas Eve shopping fun! 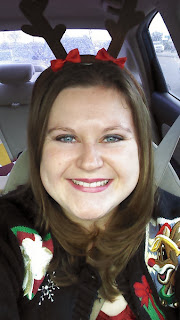 I went to Pet’s Mart and Target to get some last minute gifts. <--procrastinator span="" style="mso-spacerun: yes;"> After shopping I went back to my house to hang out and get some cleaning done. At 2:30 pm I got dressed and went to my church to volunteer at the Christmas Eve Service. I handed out programs and candles to everyone and then went to sit down in a seat to watch the service. At the end of the service we all lit candles and sang Silent Night. It was super cool.


After church we headed to my parents’ house for dinner and presents! We had BBQ and appetizers-so good! My little sister Tori lives in Wyoming and had a baby a few months ago named Kali Claire. I hadn’t met her yet so I got to hold her. She is 5 months old and super tiny; she is wearing 0-3 months clothes. I had bought her some 6 months clothes and 9 months clothes for Christmas that she could grow into. When she wants you to do something (like stand up and hold her) and you aren’t doing it, she gets a little attitude with you. It’s super cute though. 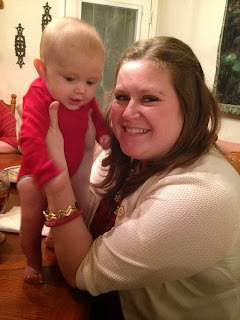 Per tradition we told the story of Jesus’ birth and then opened presents. When they asked me what I wanted for Christmas I really didn’t know what to tell them. If I need something, I will just buy it unless it’s expensive. I did need a vacuum so I asked for one of those, other than that it was just some cute stuff I saw that I would ‘like to have’, not that I ‘had to have’. A vacuum would be something my mother would say I had to have. :) 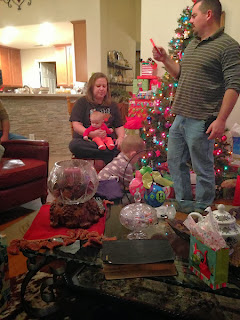 Afterwards we drank wine and hung outside by the fire pit. I got home around 11 pm, just in time to tuck a cute cat into bed to wait for Santa Paws to come visit. 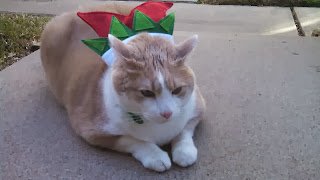 
The next morning we went to my Maw-Maw and Paw-Paw’s house for Christmas Day lunch. We had shrimp gumbo and ribs for lunch and it was super yummy! In the past few years we really haven’t had ‘traditional’ Christmas dinners, but I don’t mind because I like what we have had. :) We hung out over there until about 4 pm when we went to my Dad’s house to open presents. 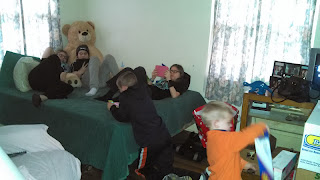 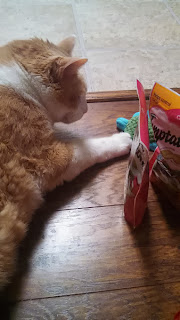 That was my Christmas; I hope yours was great as well. Merry Christmas!
Posted by Stephanie at Friday, December 27, 2013