Bowling with the Boys

A few weeks ago my sister and I took my nephews bowling at Main Event in the Woodlands. We weren’t
too sure if Cole’s 2.5 year old attention span would be able to actually bowl, but we wanted to try it out.


We got there right when it opened and the place was pretty much empty besides a few birthday parties that were setting up. We started at one lane, but the bumpers on one side would not come up so we had to switch lanes. I would say that the bumpers were for the boys only, but both my sister and I both suck at bowling too so they were for us too! 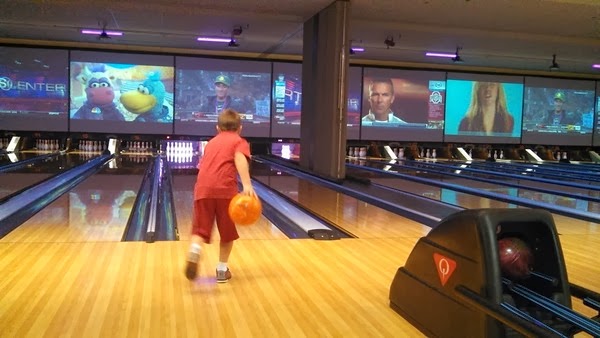 At one point Cole’s ball made its way to two lanes over so I rushed to get it before it started down the aisle. However, the lane was so slick with oil that I fell and busted my booty. It was very embarrassing! One of the employees came over to see if I was hurt and I said “just my pride”. Luckily, the place was pretty much empty so I was able to not go hide in the bathroom the rest of the time. I hurt for DAYS afterwards. I think I hurt my back. Not good. LOL.

Cole got the impression that he needed to get a new bowling ball each time he bowled, so we kept having to bring him back to the lane. He was also impatient about waiting his turn to bowl. He didn’t understand that everyone got two chances and that he had to wait for all of us to bowl. 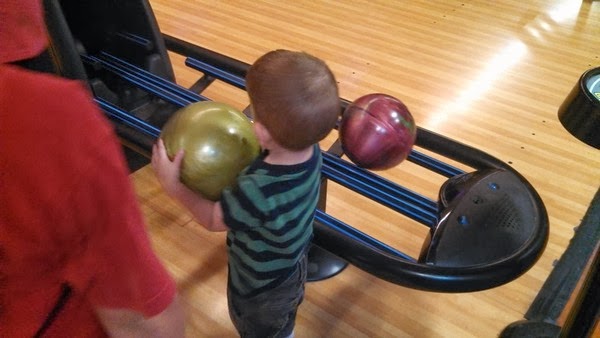 Laura told me how they don’t ever go out to eat anymore because Cole doesn’t sit still in restaurants (he’s a busy kid). I suggested that they bring play-doh to the restaurant to keep him still for a bit. She loved the idea and now brings play-doh everywhere. Hence, when he didn’t want to sit still anymore, I brought out the play-doh for him to play with. After he started playing with it, he didn’t want to bowl anymore-he was done! 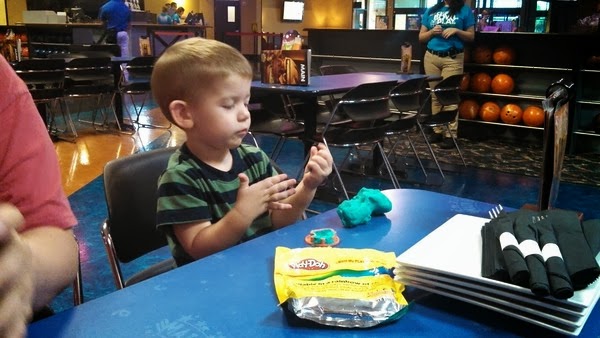 After Cole got sick of play-doh he wanted to walk around so I took him to the play area. Laura and Hunter played the rest of the game for us. Hunter actually was winning when we left to go ‘play’ the games. I wasn’t about to buy a bunch of game tokens for Cole so he pretty much just pushed buttons and drove the cars/boats/motorcycles or ‘shot’ the guns. He didn’t know the difference.


It was a fun time, I am glad I got to spend some time with my favorite two boys!

Email ThisBlogThis!Share to TwitterShare to FacebookShare to Pinterest
Labels: my adorable nephews