Every so often I try to send care packages to our military that are deployed throughout the world.  There might not be a current war that the US is participating in (thank goodness!), but there are still troops deployed all over that deserve our thanks.  I have sent two (here and here) and I wanted to send more this year.  I found the addresses on AnySoldier.com if you are interested in sending a care package yourself.

This year I decided to decorate the box a little bit!  I had two boxes so I used two sets of scrap book paper that were cut in half to decorate the lid flaps on the box.  I used a space theme (because they are “out of this world”) and a polka dot/diamond theme (just because).  It just adds something pretty to the boxes!   I used the large flat rate shipping boxes from USPS for $15.90 each box. 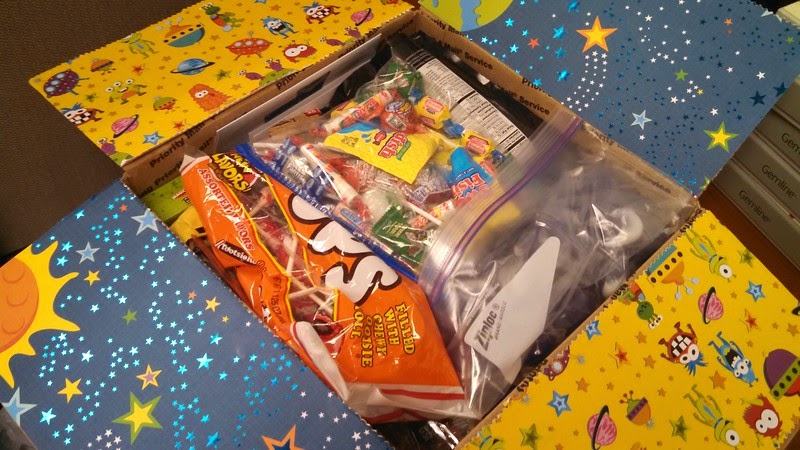 I also had friends from work write letters to the soldiers to add to the boxes.  I wanted the boxes to be filled with lots of letters so they can read that we really appreciate them. 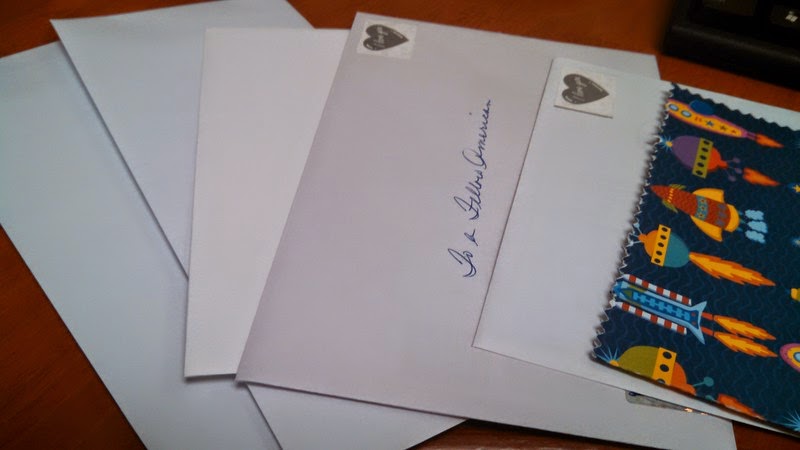 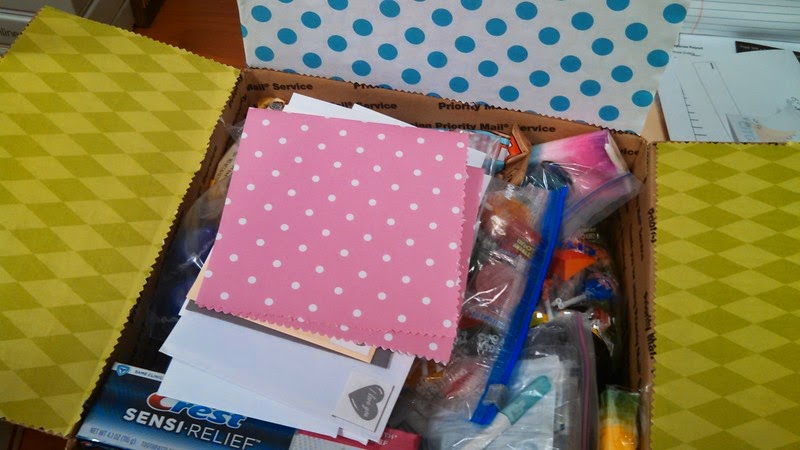 I wanted to keep adding more and more stuff, but I was on a small budget and I still had to pay for shipping.  It’s the thought that counts, right?!

Currently the boxes are in Miami waiting to be shipped to their locations, per USPS tracking.  Hopefully they will write back and tell me they got them!  I would love to hear from them.  I am friends with one of the soldiers I sent a box to a while ago.  Fun stuff!
Posted by Stephanie at Tuesday, March 17, 2015