Each month Discovery Green (a park near the George R. Brown downtown) host a family movie night on its lawn.  It is a free event, open to anyone.  All you need to do is bring a blanket or lawn chair, plus drinks/snacks if you wish to have them.  You can also get snacky items at the concession stand they have there.  I would NOT recommend the little restaurant on property, it is really gross, the people don't know what they are doing, and it isn't very clean.

The movie for May was supposed to be the original Back to the Future, but it was the 2nd one.  Boo! 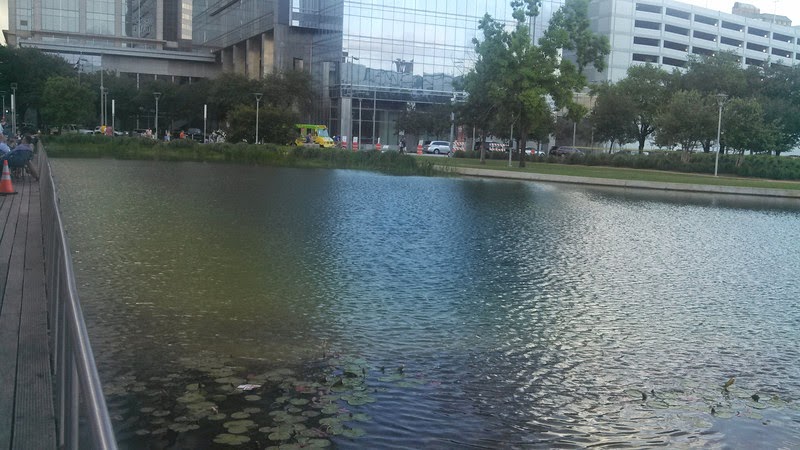 I got to the park about 7 pm (movie starts at 8:30 pm) to make sure I got a good spot to sit.  My friend Terrie and a group of her friends were going as well, so I met up with them.  I was planning on bringing my lawn chair, but apparently it has decided to rust in the last year that I haven't used it.  :/  Boo!  I brought my yoga mat for a little bit of cushion, and a beach towel-flamingo of course! 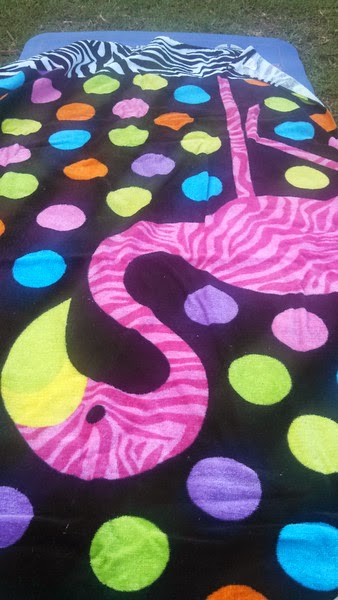 They were setting up the movie screen when I got there.  It was a huge inflatable screen-pretty cool!  I want one for a party! :) 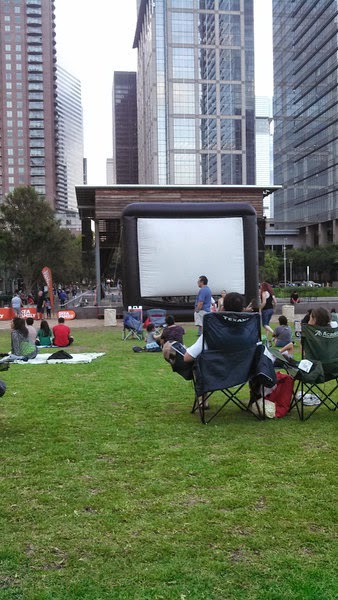 Once it started to get dark, they played a game with a back to the future theme.  They chose random people from the audience to participate.  It had something to do with putting letters on a license plate. 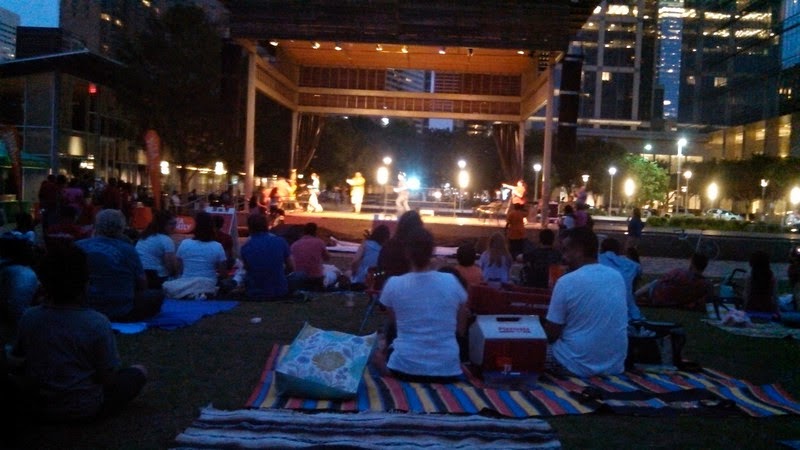 After that got out of the way, the movie started.  But as it turns out, it was Back to the Future 2 instead of 1.  So disappointing.  I was really looking forward to seeing Back to the Future, since I hadn't seen it since I was little.  I really don't remember what happens (I know he travels back in time to his parents prom), so I was lost during the first few minutes.  I would have left, but my friend needed a ride back to her car, so I couldn't leave.  I just read a book on my Nook until it was time to leave. 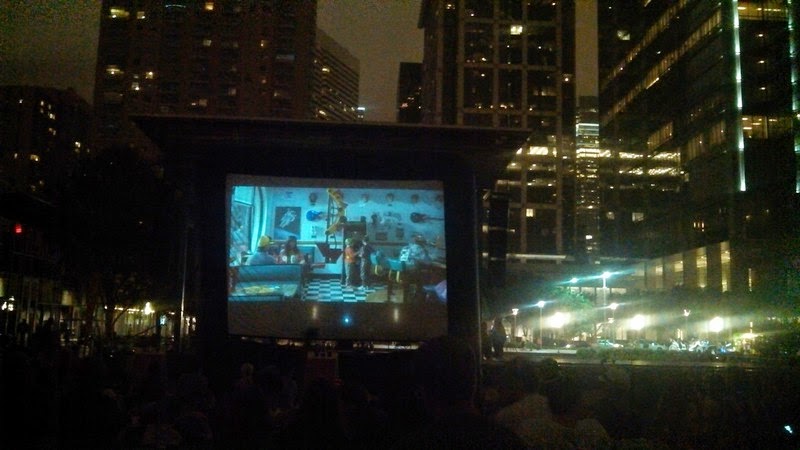 Ghostbusters is next month, but I don't think I will be going to that.  I don't want to be disappointed again. :/ I guess beggars can't be choosers, but still!