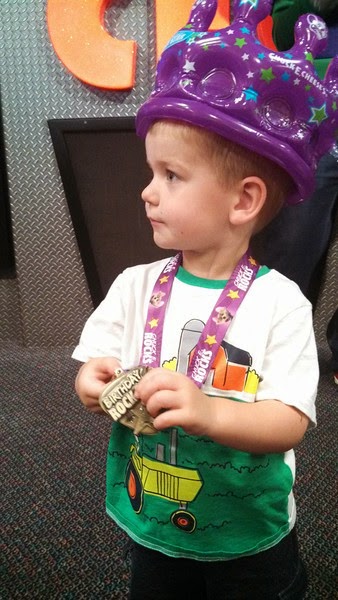 Cole had his 3rd birthday at Chuck E. Cheese along with his friend Ruby from school. Their birthdays are a few days apart and instead of having two parties and splitting up the 'guest list' from class, they had one.  The table was set  up when we got there with cute microphone balloons and chuck e cheese place settings.  The theme at Chuck E. Cheese was Rock Star (or something like that) and everything there was rock star themed from the birthday crowns to tables to the videos on the monitors.  It was cute. 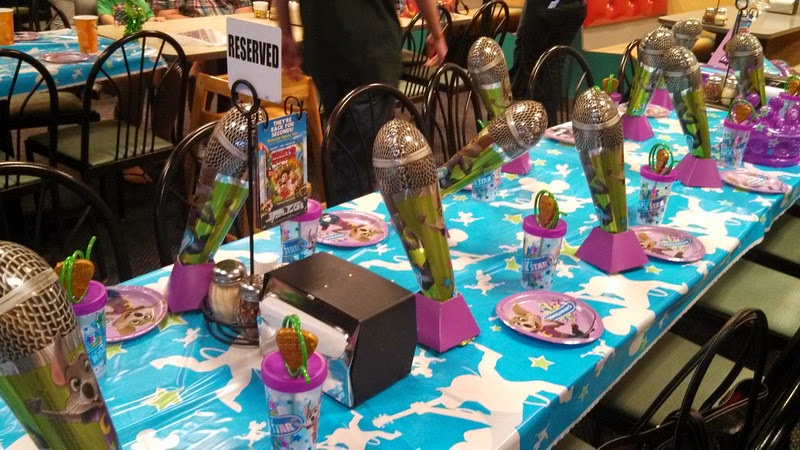 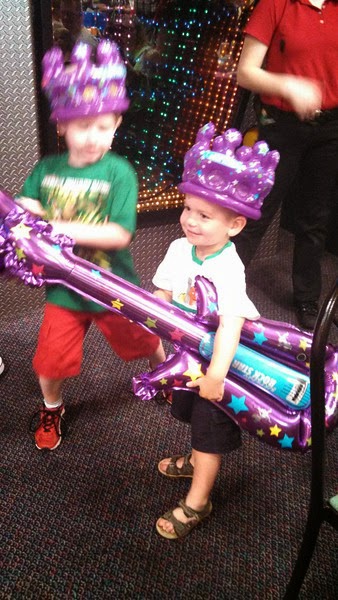 They had two smash cakes for the birthday kids and one larger cake for everyone else.  I <3 cake="" span=""> 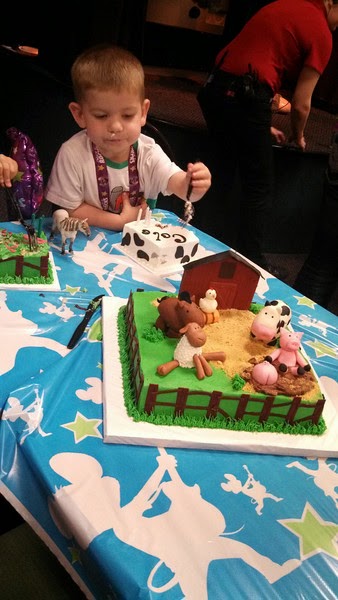 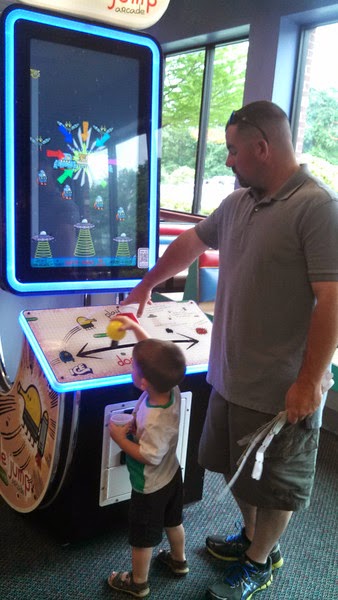 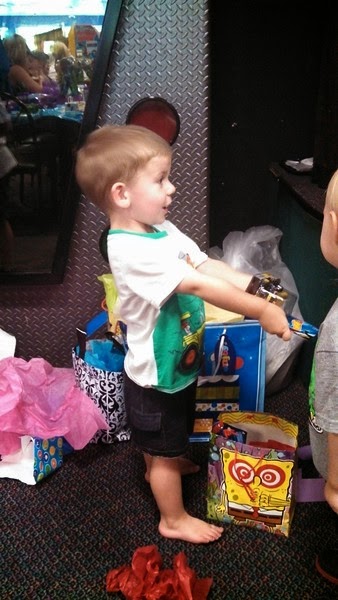 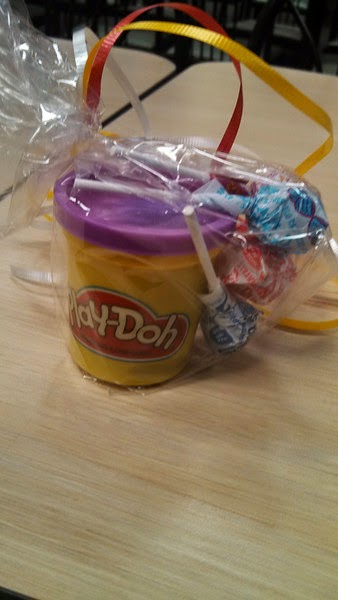 After the party we went back to my sisters house to open presents from the family.  We only had a limited time at Chuck E. Cheese itself, so we figured we would just open the family ones at Beau and Laura's house. 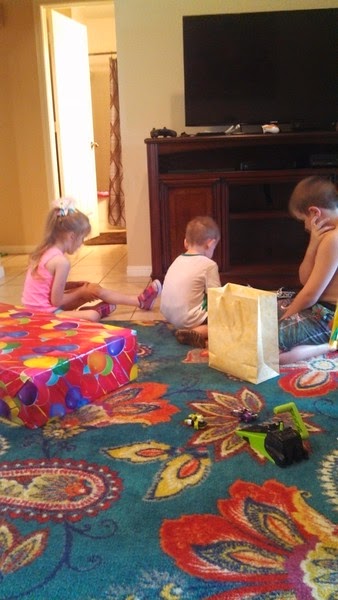 Cole's favorite present?  A blue motorcycle!!  Or mooootorcycle as he calls it.  It really has 4 wheels, you just can't see two of them under the silver part.  It is so cute. 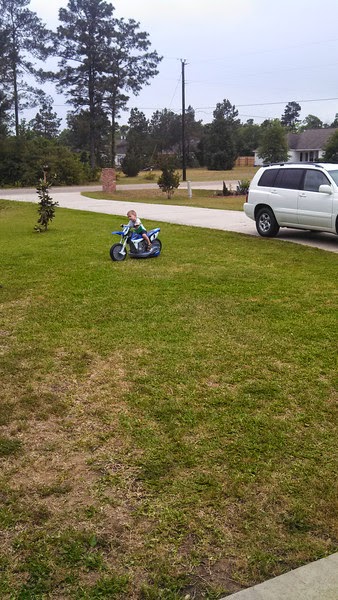