(This is a late post that should have been posted in August.  Sorry!)


While in Los Angeles I made sure to see the Hollywood Sign up close while I was there.  So after my aerobics class with R. Simmons, I drove up to the sign.

I googled how to get to it, and found a trail, but all along it the signs said no parking and I wasn't about to get towed in LA!  I did get really close, but not right up to it like I planned.  Oh well!  I saw it. 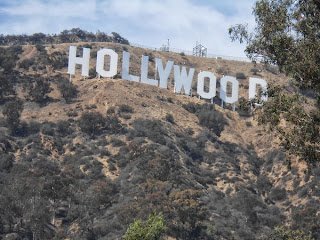 I of course did the obligatory 'jump' pose! 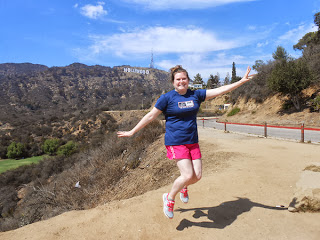 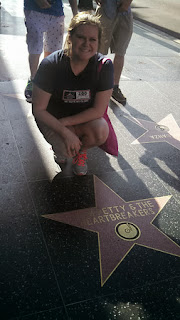 Anyway, I saw several other ones too Betty White, Reba McEntire, Bette Midler, Walt Disney, Britney Spears, and more.  My sister wanted me to find Aerosmith's star, but apparently they don't have one yet. (she is obsessed with Steven Tyler).

It was so busy that I just decided to get out of there. I did have a groupon for a LA home tour, but the amount of people sort of overwhelmed me and I didn't feel like being in such a big crowd for any longer.  LA is packed!

Posted by Stephanie at Wednesday, October 23, 2013

Email ThisBlogThis!Share to TwitterShare to FacebookShare to Pinterest
Labels: Bucket List, Fun things I can say I have done