On Friday night I went to a pub crawl sponsored by Yelp that benefited the Houston Food Bank.  Everyone going must donate 5 canned food items and either wear a cape, mustache or wig.  I choose a mustache.  You might just happen to notice that a Pub Crawl is a Bucket List item.  Whoo-hoo. 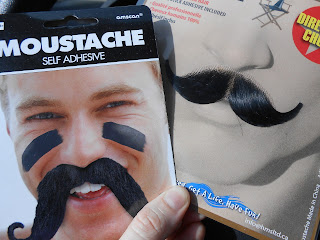 The pub crawl started at 6:30 at the Capital Bar in Midtown.  I drove with my friend Colleen and also met my friend Jill up there.  I had a margarita at the Capital, socialized a bit and then headed to the next stop on the crawl. 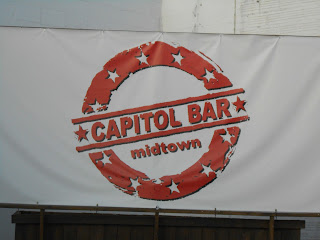 The next stop was The Drinkery. The Drinkery and the Capital Bar are a bit far from each other so we took the Wave to get us there.  It is $6 for us to ride it all night and a very practical purchase.  The Wav had music playing and nice seats to sit in.  Try the Wave next time you go bar hopping  (or crawling).  Since I had a margarita at the first stop, I was able to get a Bud Light Lime  (or two) at The Drinkery, after all its “Liquor before Beer you are in the clear”. :)  I hadn’t seen Jill in forever so we hung out most of the night catching up.  Mustache’s!!! 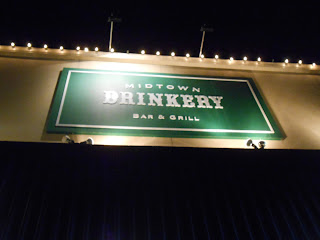 Next stop, Dogwood!  Dogwood is super close to the Drinkery so we just walked there.  I didn’t know this, but apparently some guy that was on the Bachelor owns that bar.  No, we didn’t see him.  I don’t watch that show so I couldn’t tell you who he was or what his name is, but I did learn that he owns (or at least co-owns) it.  Dogwood was a very nice bar with a great patio upstairs.  We met a few guys at Dogwood and ended up hanging with them the rest of the night. 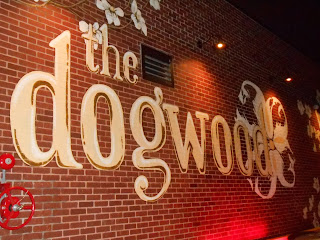 Little Woodrow’s was next and we stayed there chatting for awhile.  We were in the bar area getting drinks (Flamingo Sunrise for me-I was done drinking) when two young 24ish guys came up to us.  They were both new in town (as in a week) so we chatted with them for awhile.  They offered to buy us a drink and tried to pick us up, but that is NOT going to happen.  I like my guys a bit older thank you.  #30andoverplease. Haha.  They were sweet, but way too young.  I have been told I only looked 26 (several times) recently, so maybe they thought I was younger than I am. 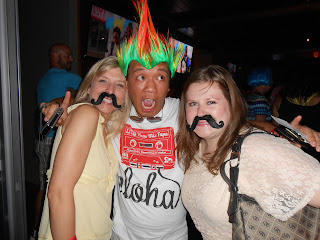 The Wave took awhile to come back and pick us up, but the ride to the next location was fun. The bus was packed, but we arrived at the last bar, Nouveau Art Bar safely.  Jill left us then to head home (her other friends left when we got to Little Woodrow’s) and I went looking for Colleen.  I was really ready to go by then too, so as soon as I got there I asked Colleen to leave.  I should have driven myself because I knew that I would be ready to go before everyone else (but it was late!), but Colleen agreed to head home too. 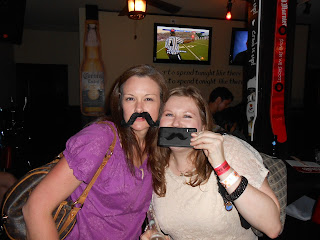 I got home around 12:30 am after a long, pub filled night.  I really had fun and maybe next year I will do it again.  I am not really a fan of going out to bars/clubs, but this one was for charity and I have always wanted to do a pub crawl.  Bucket list item-check!

Email ThisBlogThis!Share to TwitterShare to FacebookShare to Pinterest
Labels: Bucket List, Charity, Drinking too much, Events, Fun things I can say I have done