Get out the popcorn, it’s movie time!

#19 on my 30 under 30 list is to watch 5 classic movies I have never seen.  When I wrote this item on my list I didn’t know what movies I wanted to add, I just knew that people were always talking about this movie or that movie and I had no idea what they were talking about.  I knew pretty early on that I wanted Shawshank Redemption and Urban Cowboy, but the other three I wasn’t so sure about.  I enlisted the help of my Facebook friends and also a little guy named Google.  Between the two of them I came up with this list:
1.        Shawshank Redemption
2.        Urban Cowboy
3.        An Affair to Remember
4.        Saving Private Ryan
5.       The Passion of the Christ
I think it’s a pretty good list!  Some of you wouldn’t believe I haven’t seen some of these movies.  What? I live in Texas and I haven’t seen Urban Cowboy?! LOL, NOPE!
Well, here is my review of these 5 movies. 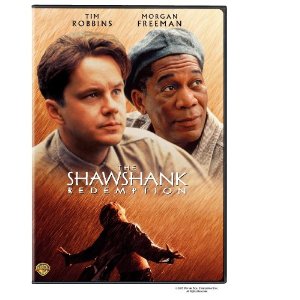 Shawshank Redemption-5 stars!!!!!!!  Loved, loved, loved this movie.  I bought it in the $5 bin at Wal-mart, the rest I rented from Blockbuster.  The story is about a prison called Shawshank where a young banker goes after he is wrongly accused of murdering his wife and her lover.  You see his story has he is in prison for years and his trials and tribulations of what happens to him.  I don’t want to give away any details in case you haven’t seen it.  A few WOW and favorite moments: The part about his young friend and the warden (OMG I do not like it when people pretend to be ‘Christian’ and act like that).  The old guy when he was let go and what happened after!  The corruption!  The end of the movie!
Please, please, please rent this movie!!! 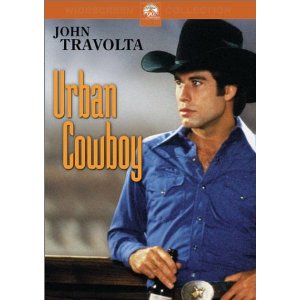 Urban Cowboy-Ugh.  I really didn’t like this movie.  Well, it wasn’t BAD, but it wasn’t great.  I didn’t like John Trvolta’s character because he treated his wife like crap-granted, she was not the brightest and the best wife, but he didn’t have to treat her like that.  Urban Cowboy is a story that is based in Pasadena, TX (close to where I live now) and the bar in the story was called Gilley’s (which used to be a famous bar that I think burned down many years ago).  The main character moved to Pasadena to work at the plants and goes out dancing at Gilley’s one night. He meets a girl and they fall in ‘love’ and get married.  The rest of the story is about them fighting and him trying to win her back by being a great mechanical bull rider.  What is classic about this?  I’m not sure, but it wasn’t great.  I now can say that I have seen it though. :/ 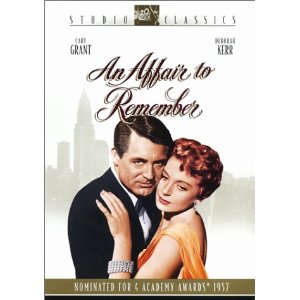 An Affair to Remember-Eh, this movie was just OK.  It was a sweet story, but it was sort of lame!  The story is about two people who are engaged to someone else, go on a cruise and fall in love with someone else.  They agree to meet at the top of the Empire State Building 6 months from that day.  They both tell their fiancés’ that they are leaving them, and get real jobs (neither had worked before).  They go to meet and XXXXXXXXXXXXXXXXXXXXXXXX.  Did you REALLY think I was going to tell you what happened?!  The movie was old (I’m not really a fan of old movies) and the way they acted was annoying.  I like movies set in present day because I can relate to the characters.  I did love her clothes though!  Super cute outfits. 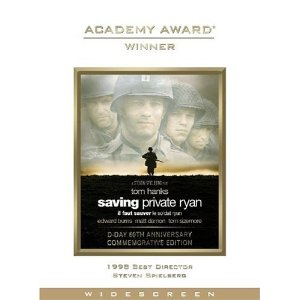 Saving Private Ryan-This movie was good!  I typically don’t like gory movies with lots of blood and death, but this one I didn’t mind because I  know that our veterans really did suffer like that many years ago (and many are still suffering today).  SPR is set in WWII and it follows a team of about 8 men who are on a mission to find 1 soldier that was dropped somewhere but they don’t know exactly where.  The soldier that they were looking for was being sent home based on the Sole Survivor Policy. He was the youngest of 4 boys and all 3 of his older brothers were drafted in the war and had died forcing him to be sent home.  There was a lot of drama in this film and a lot of death.  The first 30 minutes of the movie was a horrific battle scene where tons of men die trying to get on an island. 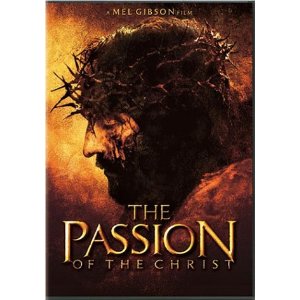 The Passion of the Christ-This moving was very interesting and I learned so much from it.  I knew the basic story of how Jesus was crucified, but now I know a lot more details!  I am so glad I watched this movie alone.  Why?  Well, #1 I cried!  Yes, you all know me very well and know that I cry at the drop of a hat anyway, but this movie hurt my heart a lot.  I had heard that he was nailed to the cross, and a cross of thorns placed on his head…but beat up like a dog?  NO!  They kept beating and beating and beating him.  I don’t understand how they could think that was fun?!  Jesus kept saying ‘Your will God, not Mine’ and each time he saw his mother his resolve got stronger and he was able to take everything they gave him.  I kept thinking how hard that must have been for Mary to see her son being beaten over and over and not being able to stop it. As a mother to Jabba it hurts my heart when he looks sad or scared, but if he was to ever be hurt I would go crazy!  Mary couldn’t hold Jesus and tell him it was ok, because she didn’t know if it would and she couldn’t get to him.  I cried for both of them.  #2.  I stopped the movie about 20 times!  I saw something and I googled it to read about who that was or what just happened.  I didn’t know Judas hung himself!  I didn’t know why Mary and Mary Magdalene wiped up Jesus’ blood.  I didn’t know one of Jesus’ disciples was his half brother. I didn’t know that the Governor of the city was told by his wife not to let anything happen to Jesus, but he turned his back on him, even when he knew that Jesus was innocent.  The list goes on and on, but I am glad I watched it alone because it would be annoying to someone else if I had kept pressing pause.
Posted by Stephanie at Monday, April 02, 2012

Email ThisBlogThis!Share to TwitterShare to FacebookShare to Pinterest
Labels: 30 under 30, Church and Religion, God is good, Jabba the Hutt