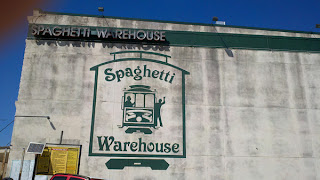 I ordered Shrimp and Crab Bowtie Pasta (super yummy) with a side salad and tons of bread.
Then it was time to drive to the Arnold’s Brewery!!!  They host tours Mon-Sat check their website for times. 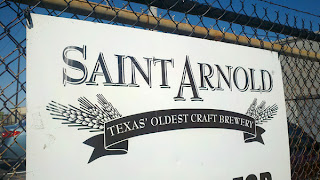 Behind the Brewery was an old park with a swing set!  Who acted like a kid and swung on them? This girl! 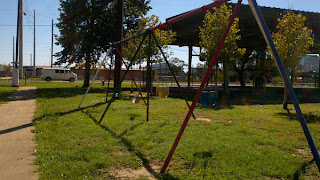 We waited on the front steps for everyone to get there and saw this Tie-Dye Rolls Royce that was parked inside the building. 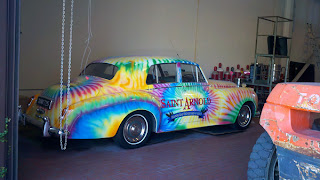 The entrance to the brewery had Willy Wonka doors!  Mysterious and exciting things happen behind those doors. 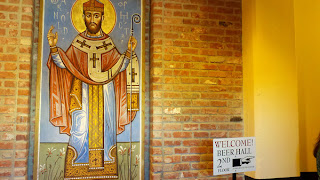 You pay $7 and you get a pint class with the St. Arnold’s logo on it and 4 chips that are redeemable for free beer!  I didn’t drink any beer so I gave my chips away to my co-workers (but kept my glass).  They also had rootbeer and water, so I helped myself to that. 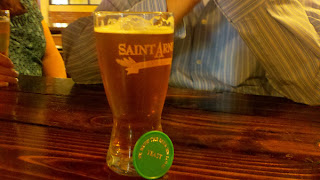 There were a ton of tables were you can sit and drink you beer, they also had the St. Arnold’s logo on them. 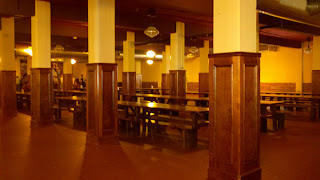 On the tour they started upstairs with an explanation of the process of making beer.  I got a little bored with all of the technical stuff so me and my A.D.D. self wandered off and didn’t pay much attention.  I remember them saying something about it was a craft beer brewery and there were three criteria for being one.  1.  Independently owned.  2.  Manufactor under 6 million barrels of beer per year  3.  Cannot add any additives (like corn).


This is where they do something with the beer and move it between three tanks. 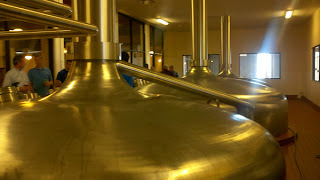 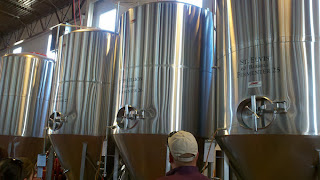 Here are a few of my favorites:
St.  Elvis 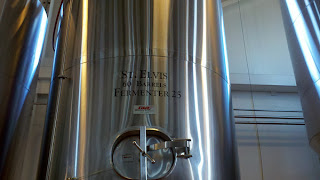 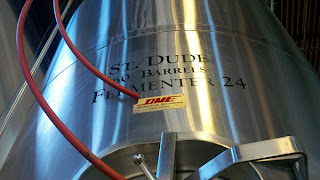 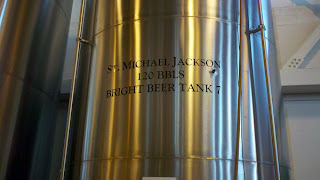 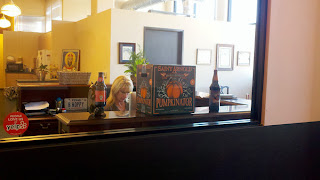 I really liked the Arnold’s Brewery!  I had a lot of fun and the staff was wonderful and answered all of our questions.  It would be a great place to host an event for your company. 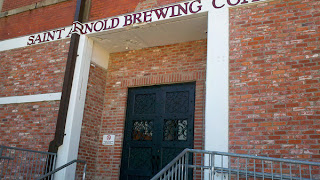 ﻿
Downstairs they had these big steel tubs that held more beer while it was being fermented.  The State of requires that they all be labeled with a name or serial number so the owner named each fermenter after his family, friends, and random people he liked.
Posted by Stephanie at Friday, October 14, 2011

Email ThisBlogThis!Share to TwitterShare to FacebookShare to Pinterest
Labels: Beer, Drinking too much, Fun Places, Pumpkins