A few weeks ago, SFA's men's basketball team played in the NCAA Basketball tournament in California.  I got to see first hand how much the alumni of SFASU really cares about it's school and its legacy.  It was a very fun filled weekend! My FB newsfeed was filled with tons of images that cheered the guys on!  SFA spirit really showed that weekend.


On Friday we had a watch party at Lucky's Pub in downtown Houston.  They gave us the backroom of the bar thinking we wouldn't have that many people, but little did they know that we packed out the place with over 300 people!  I got to see a lot of people I went to college with, it was interesting that I had no idea how many SFA alums lived in Houston!  My friend Teri came with us (I told her to wear purple) to the watch party too and she cheered for SFA like it was her school!  That's what friends are for. :) 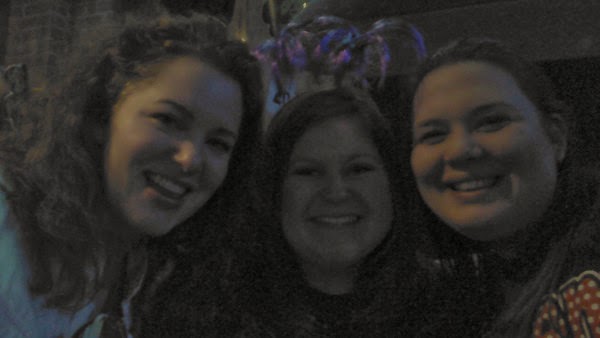 The game was a nail bitter to say the least!  The game was pretty much neck and neck, though sometimes we were up by 10 or they were.  Towards the end of the game we were starting to lose hope, but one of players got 4 points to tie up the game.    Then, one of the VCU players missed a 3 pointer and sent the game into overtime.  We went wild!

The next 5 minutes were a nail bitter for us, but the boys played well and SFA won the game!  On to the next round!!!  How exciting for them! I know that the VCU students were upset, especially since it looked like they were going to win at one point-I even saw one kid with a smug look on his face, but it just wasn't their game.  I really felt sorry for them, especially as one kid was crying on camera. :( 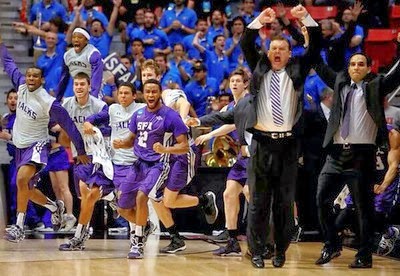 We were called a Cinderella team by the press for making it to the next round. 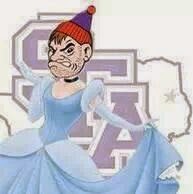 The next morning the local paper had a headline of Stephen F. Awesome. 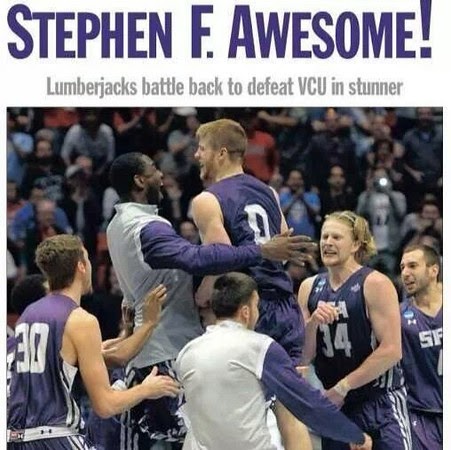 The next game was scheduled for that Sunday evening.  I got there early to help setup the bar for the party with another alumni that I met on Friday.    Unfortutnely, we were losing most of the game by 5+ points.  The guys tried hard to hold them off, but the team was much more experienced and they were meant to go on to the next round.  God already had it worked out as to who was going to win.  SFA played well, but it was someone else's turn to win.

The players were really upset at the loss, but only one team can go on to the next round.  It was heartbreaking to see how sad they were.  I truly believe they thought they were going to go all the way.  I wanted them to. 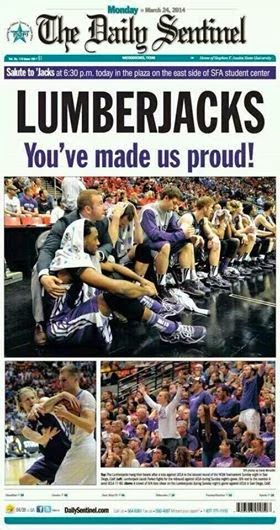 If just one more student heard about SFA or is debating which school to attend, and they heard of SFA from this tournament, I say awesome!  I love my school and a little ole' town called Nacogdoches.  I would encourage any student to at least look at the campus before making a decision.  It may not be the biggest campus or the most exciting town, but there is something about those piney woods that gets in your soul.  I fell more in love with my school more in the weekend of this tournament.  This tournament showed me how proud I am to be a Lumberjack and what an honor is was to go there.  I loved it then and will always love it (even if they choose a new ugly logo). 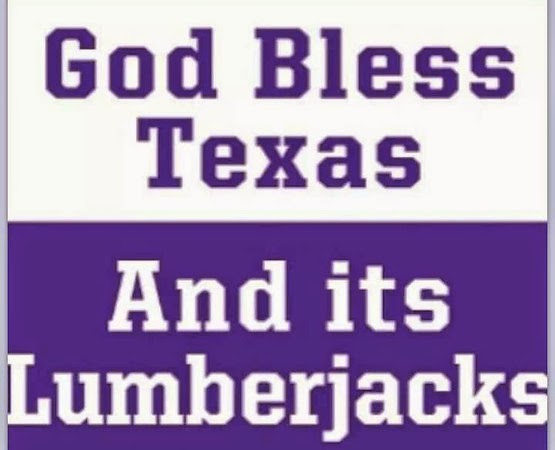 Email ThisBlogThis!Share to TwitterShare to FacebookShare to Pinterest
Labels: SFASU